You are here:Home » Euromil News » Internal Security Tasks for Military Forces: Has Europe a Role to Play?

Internal Security Tasks for Military Forces: Has Europe a Role to Play? 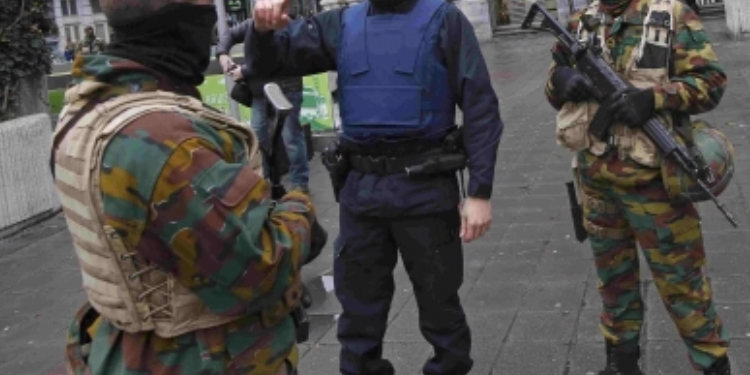 On 8 November 2016, the Kangaroo Group organised a lunch debate on the topic of “Internal Security Tasks for Military Forces: Has Europe a Role to Play?”. The President of the Kangaroo Group, MEP Michael Gahler, opened the meeting by pointing out that the lines between internal and external security are blurring in today’s world, where instability in Europe’s neighbourhood is growing and European cities face terrorist attacks. The reaction of some European states is to use their military personnel for performing internal security tasks. In this situation, some legal, political and social questions arise.

Commandant Derek Priestley, Deputy General Secretary of RACO – one of EUROMIL’s Irish member associations – elaborated on the topic from his point of view. The Irish Defence Forces have been involved in internal security duties since the late 1960’s due to the political and security situation in Northern Ireland. In internal security operations it quickly became the norm that military personnel would be subordinated under the police structure – as they were ‘Aiding to the Civil Power’ they could not operate without the presence of at least one police officer.

Also the training was adapted according to the changed tasks. Military personnel were trained for “green” (i.e. conventional) and “black” (i.e. internal) security tasks. In Ireland, the rules of engagement for internal security tasks rest on four equally important principles: Only the use of minimum force is allowed, when it serves the protection of life. Each individual act needs justification, and it needs an element of prevention, which means that force needs to be exercised in such a way that it prevents a more disastrous outcome.

When comparing the situation in Ireland in the 1960’s with the challenges Europe is facing today, one can identify commonalities as well as differences. Then and now, the threat is asymmetrical in nature, however, the support in the population as well as the suicidal nature of the attacks have seriously changed.

During the discussion, participants also pointed to the fact that the different historical experiences of countries will always determine their contemporary politics. In Germany, for example, military and police forces are separated and there is a general reluctance to deploy military personnel for performing internal security tasks. However, the new white paper on defence, published in summer 2016, proposes joint training of police and military forces.

In Belgium, the deployment of military forces in the streets was first seen as a short-term reaction to the terrorist attacks in Paris. After the attacks in Brussels in March 2016, their number was stepped up again, so that today 1800 soldiers are permanently deployed on the streets of major cities. This situation does not only stretch the military forces to a considerable extent, but also raises a number of legal, political and social questions.

Looking for the role the EU could play in this difficult environment, participants found that the meeting created a good forum for the exchange of information and best practices in the field of internal security between the different member states.

EUROMIL will follow-up on this important topic of using military forces for internal security tasks.