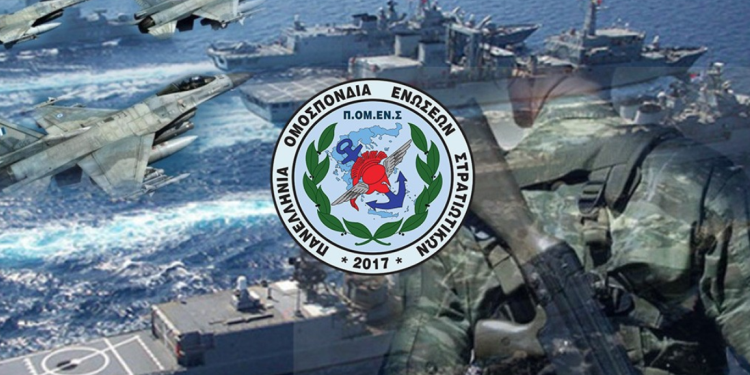 PFEARFU sent a letter to the political leadership of the Ministry of Defence and to Members of the National Parliament concerning the fact that the Armed Forces (AF) are continuously used for services that do not fall under their authority and obligations; more precisely, on 19 August, the Minister of civil protection announced that the AF -alongside with the Police and Firemen/women- will carry out on a 24-hours basis continuous patrols in forest areas in order to prevent and fight the fires that are taking place all around the country. It is also important to note, that the military personnel that will participate in these patrols is not provided with the necessary weaponry and is not given concrete rules of engagement.

Besides, the MoD does not seem willing to deal with the ever-increasing problems that the military personnel is facing. For instance, the ministry has yet to pay the compensation of the services performed to prevent illegal migration flows in Evros since July 2020, or the holiday allowances for 2021.

Overall, the letter summarizes that the ability of the Armed Forces to respond to any difficult mission assigned to them does not represent an alibi for their use in needs that other Ministries have and are unable to respond.

EUROMIL has already addressed, on 16 January 2020, a letter to Nikos Panagiotopoulos, Minister of National Defence, Greece and a copy to Margaritis Schinas, Vice-President of the European Commission and Commissioner for Promoting our European Way of Life, on the issue of internal security tasks performed by military personnel in Greece.

EUROMIL was at that moment informed about the decisions taken by the Greek government that the military personnel will be officially tasked to deal with the migration issue. EUROMIL is of course not competent, nor willing to question governmental decisions, but would nevertheless like to raise concerns about the risks implied by the newly adopted measures.

EUROMIL believes that the Greek defence forces personnel are currently not properly trained nor equipped to perform internal security tasks. As long as military personnel will not have acquired the necessary skills and tools to achieve these tasks, EUROMIL will thus not support the use of defence forces to deal with migration issue, or with fire outbreaks, as is the case mentioned above.

To conclude, military personnel is in the past year being used for all kinds of work without serious compensation or the proper working conditions. EUROMIL accepts that when needed and for temporary crises situations, military personnel should be available to support their country and fellow citizens. However, and according to the President of EUROMIL, Mr. Emmanuel Jacob, this can not be structural and should never be an obstacle to the execution of their normal tasks and goals.