You are here:Home » Euromil News » EUROMIL Participation in Hearing at Spanish Parliament 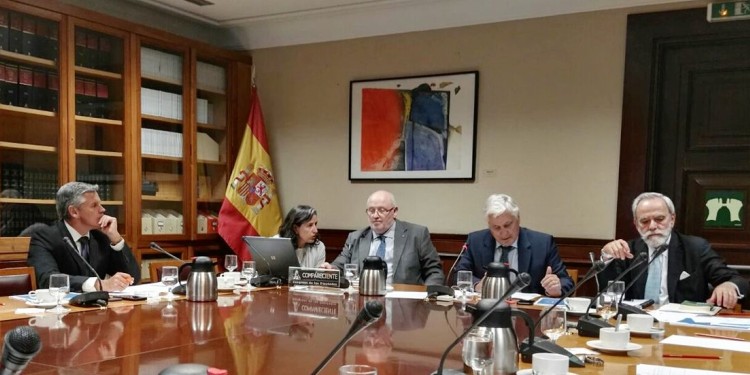 On 27 September 2017 EUROMIL’s President Emmanuel Jacob, was invited for a hearing at the Spanish Parliament in Madrid.

Currently, Spanish soldiers and seaman serve until the age of 45 years and must leave the Spanish armed forces when they reach this age. The legislation foresees that these men and women will be supported when reintegrating into the civilian society and labour market. Integration in the labour market is a crucial factor, as these former soldiers and seaman are only entitled to a monthly income of about 600 Euro after leaving the armed forces.

Unfortunately, these men and women were not, as foreseen, supported in their reintegration process. In other words, they are “dropped back into the civilian society” empty handed!

EUROMIL was invited by the subcommittee to share its experiences on such limited time careers and to comment on the Spanish case. The meetings of the subcommittee are behind closed doors and therefore EUROMIL is not allowed to report on the content of the debate which it nevertheless considers as open and fruitful. In his presentation on EUROMIL’s experiences with military short-term careers, President Jacob focussed on the need to have young operational personnel. He stated however, that short-term careers and lifetime careers must be attractive for the personnel concerned and the armed forces as such.

Finally, EUROMIL’s President stipulated that also in this field, coordination between the different European armed forces is needed. “This is why” President Jacob concluded, “we need to make sure that in projects such as the European Defence Union and the Permanent Structured Cooperation (PESCO), the human and social factor is an essential element of the discussion. Beside a debate on material, structures and operational issues, there must be particular attention given to the men and women without who such plans can never be successfully executed.”