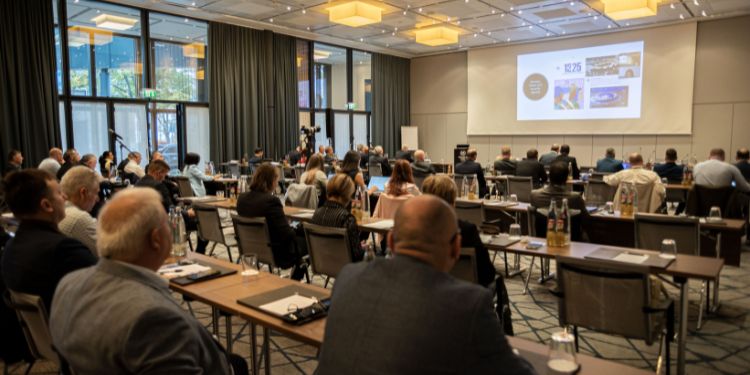 EUROMIL President, Mr Emmanuel Jacob opened the conference by welcoming members and underlining EUROMIL’s 50 years anniversary, which was officially celebrated at the 13th of September in Bergisch Gladbach (Germany). In his opening speech, EUROMIL’s President highlighted the important developments that took place in the defence sector during the past year, as the adoption of the EU’s Strategic Compass and NATO’s Strategic Concept. Additionally, he thanked DBwV for the cooperation in organizing the General Assembly meeting in Berlin.

Concerning Ukraine, EUROMIL calls for diplomatic talks and immediate ceasefire, as well as respect of international law and norms. The General Assembly members held a minute of silence in remembrance of all those military and civilians who lost their lives in the execution of their tasks defending their countries and the freedom of people. 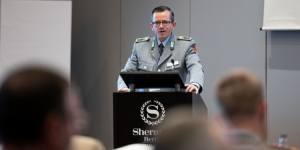 Following the President’s welcome, Brigadegeneral Keller, representating Christine Lambrecht, Minister of Defence of Germany, stressed out that the world is changing rapidly, especially the security and defence landscape, while explaining what this Zeitenwende means. To continue, the Deputy Chairman of DBwV, Thomas Schwappacher, also stated that cohesion between European states is essential, and only through cooperation today’s challenges can be overcome.

The first day of the 126th General Assembly meeting ended with a presentation of the #WeAgainstExtremism campaign, and the “Faces of life” campaign. 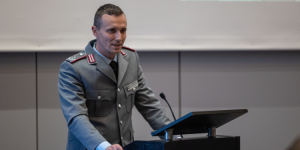 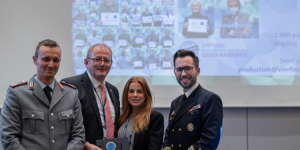 The second day of the meeting started with presentations and discussions with experts on a variety of topics; LtCol Diana Morais, Head of the Equality Office of the Ministry of Defence (Portugal), Chair of the NATO Committee on Gender Perspectives (NCGP) gave a presentation on the integration of the gender perspective in military operations, while Luise Charlotte Kröger, Senior Researcher at the Dutch Defence Academy, analyzed the issues of hazing in the military. 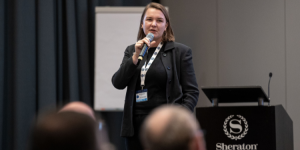 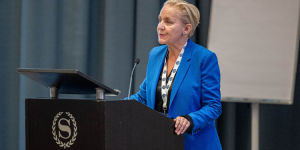 Besides, Philipp Zeller, Chairman of the Board of BundeswehrGrün, non-profit organization founded by members of the Bundeswehr, stressed that the goal of the organisation is to provide expert knowledge to any organisation that asks for background information on any topic concerning security and climate. He also stated that climate change pose a threat to international security and further increase migration and conflicts. On the question of deploying the military in the events of natural disasters, he replied that sometimes the military is the only solution, but this should not be the point of having the Armed Forces. 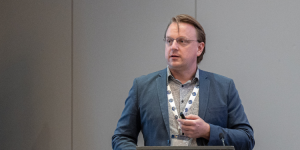 The general assembly meeting continued throughout the order of business, most notably with the approval of the French association, UNION-APNM , with observer status at EUROMIL, and the prolonging of observer status for RDFRA (Ireland).

The meeting continued with the presentation of the national reports of EUROMIL members and the outcome of the regional meetings that took place earlier that day. Overall, the members exchange views on issues of common concern, as gender equality in the Armed Forces, personnel equipment and salaries.

The meeting concluded with the inauguration of an internal debate concerning EUROMIL’s role in a changed geopolitical environment.

The day’s events closed at 17.15 and members will meet again in Rome (Italy) in April 2023 for the 127th General Assembly meeting. 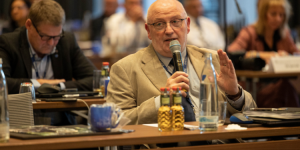 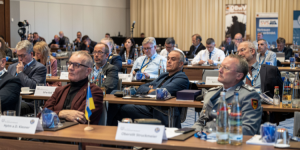