You are here:Home » Members news » Cooperation Of Associations And Trade Unions of Gendarmerie Organisations In Europe 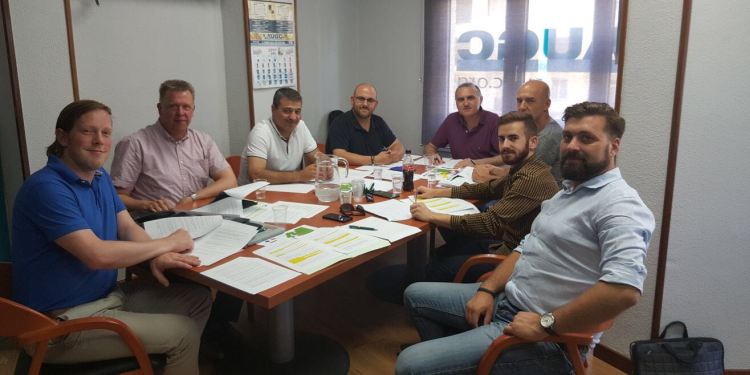 On 13 July 2017, a first meeting took place between associations and trade unions of Gendarmerie organisations from three European countries. At the invitation of the Spanish Asociación Unificada de Guardias Civiles (AUGC), representatives of the Portuguese Associação dos Profissionais da Guarda (APG) and of the Dutch Marechaussee Military Union (MARVER) were present at the Madrid meeting.

At a European political level, more and more connection is being sought in the field of defence. This means that more and more European soldiers work together. And so are the agents of the various Gendarmerie organisations. In order to defend the interests of these military police officers, it is necessary that the associations and trade unions of these Gendarmes seek cooperation. Not at least, the Gendarmes in the southern countries should have the right to unite and stand up for the interests of their colleagues without the danger of being arrested and prosecuted. That is what they are risking now and that is incomprehensible and unacceptable within one European Union which stands for fundamental and human rights.

During the meeting, it became clear that the military police officers from the three countries speak the same language and share a common understanding. There is a great willingness to involve Gendarmes from several countries and to develop activities to serve the Gendarmes interests in Europe. The associations will seek potential connections and partnership within organisations such as EUROMIL and EuroCOP. After all, Gendarmes offer the best of these two worlds.

Within these countries associations and trade unions for Gendarmes are not always fully established yet. Therefore representatives of the Gendarmerie forces of these countries will be asked to join the European trade union- and associations network for Gendarmes that is starting to form as a result of this unique initiative. The next meeting is scheduled for January 25, 2018 in the Netherlands.