You are here:Home » Members news » Biggest Step in the History of the German Armed Forces 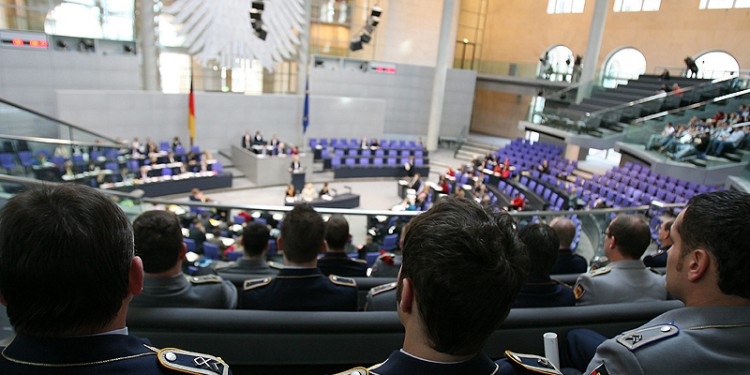 The 26th February 2015 was a good day for the German armed forces. After the first reading in January and the deliberations of the involved committees, the Bundestag passed the “act to enhance the attractiveness of employment in the German armed forces” with a majority of the Conservative Party (CDU) and the Social Democratic Party (SPD). The Chairman of the German Federal armed forces association (DBwV), LtCol Andre Wüstner, emphasized: “The act is the biggest step in the history of the German Federal armed forces. Never before were so many important and expensive measures taken to support the staff. We demanded all of these steps for a long time – we have fought for this a long time.” With this a great part of the coalition agreement, concerning the evolution of the German federal armed forces to one of the most attractive employers in Germany, is implemented. The new framework conditions will help to make the German federal armed forces more “demographically aligned”. The act consists of twenty-two individual measures. Long-time demands of the DBwV, for instance the increase of the amount of extra allowances for extreme working conditions, a working time regulation, revised pension rights, adjustment for temporary-career volunteers and the transfer of time of the supplementary income limit for soldiers are now implemented. The association actively attended all phases of the legislative procedure by giving its support and expertise. However, there are a lot of measures which still have to be improved. “Better equipment and infrastructure are indispensable for motivated and operational armed forces”, argues Wüstner. Therefore, the association keeps on fighting that the German armed forces will be better equipped.