You are here:Home » Euromil News » 70th Anniversary of the Universal Declaration of Human Rights 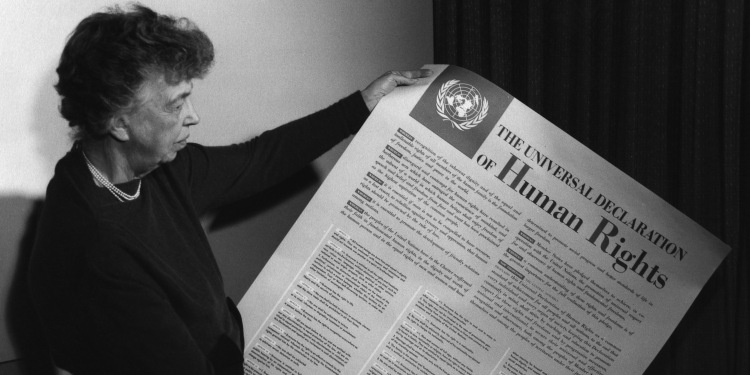 In 2018, we celebrate the 70th Anniversary of the Universal Declaration of Human Rights.

Representing military personnel from all over Europe, EUROMIL is celebrating this important anniversary as well. As umbrella organisations of European professional associations and trade unions of military personnel, fundamental freedoms and human rights are at the centre of our work.

We often see military personnel deployed in all parts of the world to secure peace and to defend the human rights and fundamental freedoms of citizens.

We may – however – not forget, that some European soldiers who are sent on missions where they have to defend human rights, do not enjoy the most basic human rights themselves. How can we ask military personnel to defend rights, they themselves do not enjoy?

Non-discrimination, the freedom of thought and expression, the right to just and favourable conditions of work, the right to form and to join trade unions as well as the right to rest are the corner stones for good and healthy working conditions of military personnel. Unfortunately, there are still some European countries who do not grant those rights to servicemen and -women.

We have therefore asked colleagues from all over Europe to read the respective articles of the Universal Declaration of Human Rights in their mother tongue to celebrate the 70th Anniversary of the Declaration, but also to raise awareness that not all citizens in uniform enjoy these rights today.