You are here:Home » Euromil News » 2022: A year of European Defence 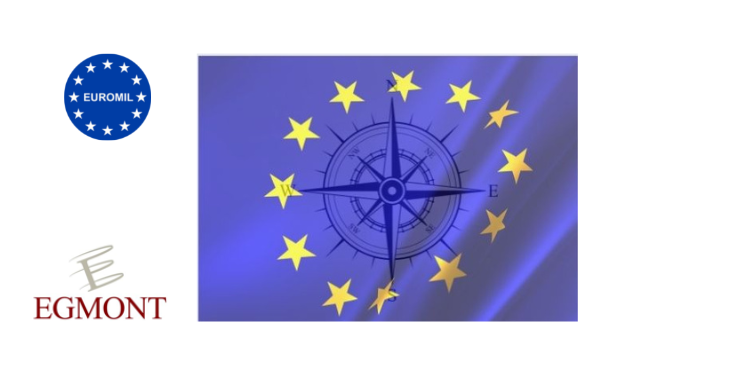 EUROMIL co-organized with Egmont- the Royal Institute for International Relations, an expert discussion on 2022, a year of European defence. This seminar aims to critically assess the EU’s achievements in the field of defence over the past year, to recommend ways forward, and to analyse what the implications are for the soldiers: the men and women in uniform who ultimately have to make it happen.

The first panel discussion focused on EU achievements in the field of defence. The speakers, Bruno Angelet (Security Policy Director, Belgian Foreign Affairs), Dr Daniel Fiott (Centre for Security and Defence Studies (CSDS), VUB) and Dr Sven Biscop (Egmont & Ghent University) focused on the Strategic Compass and the importance of revitalizing the European defence industry. Strengthening European defence is a strategic goal for Europe, the USA are focusing more and more on Asia and hence, a stronger and more capable EU will also benefit NATO. Besides, in 2022, the EU showed its capability of taking quick action. To provide an example, the launch of the European Union Assistance Mission Ukraine (EUMAM) in such a quick timeline has been a game changer. The training of 15.000 Ukrainian soldiers and the use of the European Peace Facility (EPF) to its full potential underline that the EU is becoming serious about its defence.

On defence industry, it is important to highlight that the European Defence Industry Reinforcement through common Procurement Act (EDIRPA) represents an important tool for common procurement and a logical next step from the European Defence Fund (EDF), and under the goals of the Strategic Compass. Overall, the EU has many instruments, such as the Permanent Structured Cooperation (PESCO),  EDF, and EDIRPA, and should not be afraid to use them.

However, one important factor that is often neglected is the need for more military personnel to fulfil NATO’s and the EU’s needs. Thus, the second panel discussion focused on the implications of defence developments on the military sector. The speakers, Lieutenant-General Marc Thys, (VCHOD, Belgian Defence), Brigadier-General Bart Laurent (EUMS) and Emmanuel Jacob (President of EUROMIL) discussed the Strategic Compass, military personnel and the reserve forces, climate change and CSDP missions and operations. More precisely, it was underlined that the Strategic Compass makes 2022 a year of European defence, but many developments have already started since 2019, as how to cope with BREXIT in CSDP missions.

To continue, and concerning the war in Ukraine, it was highlighted that the EU must build its deterrence – despite that it seems expensive – because a war is even more expensive. Besides, CSDP missions and operations must become more flexible, adaptable and tailored to a partner’s needs. However, all the abovementioned concepts cannot be a success without military personnel. It has become essential to attract young people to join the Armed Forces and to build strong reserve forces. Hence, the increased defence spending should not only focus on equipment and weapons systems but also on the men and women that are needed to use those systems. On the other hand, it was also underscored that adequate training and equipment are needed for soldiers to be able to deal with emerging threats and challenges as climate change.

Lastly, it is important to stress that the social aspect in the Armed Forces should be taken into account. In this regard, the Rapid Deployment Capacity represents an opportunity for the men and women that are trained and deployed together to also enjoy the same social and working rights.