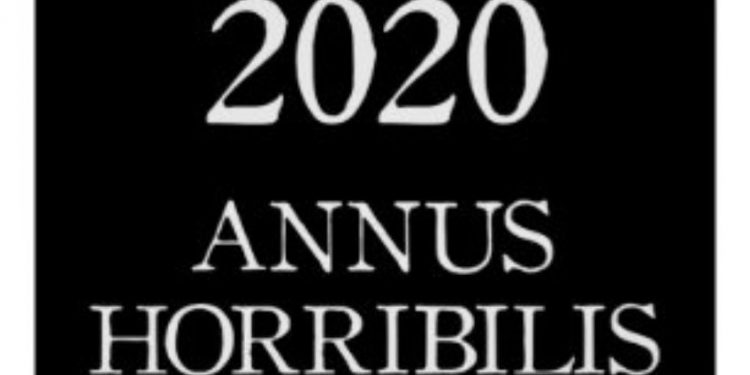 Traditionally, at the end of the year, we look back at the past 12 months and try to look ahead to what the new year might have in store for us. At the end of 2019, we did so in an article entitled “More of the same in 2020?”. No one would have dared to predict then, mid-December 2019, that nothing would be the same in 2020.

For 2020 we wanted to emphasize that the full package, including the servicemen and -women, needed to be taken into account in relation to PESCO, CARD and EDF. But the focus changed direction fairly quickly from the earliest weeks of 2020. Corona or COVID-19 and the associated pandemic took the reins of our daily existence unexpectedly but with brute force. COVID-19 was the central element in every discussion, every project and any decision that had to be made. Like never before, projects and events were cancelled or shifted. Both our family and professional life were shaken up. The virus knows no borders, no language, no nationality, race or skin colour. The challenge was and still is global and concerns every one of us.

If, in all honesty, we take a realistic view of the current situation, then predictions and prospects for 2021 are of little relevance. What we should not hope for is that, as at the end of 2019, we make a prediction under the heading “More of the same in 2021?”. COVID-19 will however remain prominently on the agenda, especially as the vaccination process starts in the coming days and weeks. But we must also all realise that on very short-term this is not the end of the virus!

However, allow me to take a look ahead in the short term. After all, the world is not standing still, and as soon as 2021 appears on our calendar, Portugal will take over the Presidency of the Council of the EU. Elsewhere on our website and newsletter, we are reporting on the agenda of this presidency. Before entering the year 2021, I would like to make a brief comment on this. It is clear that Portugal wants to promote the social agenda including gender equality, anti-discrimination, social exclusion and protection of the most vulnerable groups. In May 2021, the Presidency even foresees a Social Summit to be held in Porto. This can only be welcomed, of course. What is strange, however, is that in the country of Prime Minister Antonio Costa, a large group of citizens, “Citizens in Uniform”, invariably fall alongside that social agenda. No trade union rights, no social consultation, minimal to no participation in the discussion on their working conditions are just a few elements for which our Portuguese colleagues, together with EUROMIL, have been working for years. Let me use a quote from António Lima Coelho, President of ANS and Board Member of EUROMIL: “One of of the main concerns of military professional associations remains the way in which the various governments, in breach of the law, continue not to integrate professional military associations in the processes of discussion and negotiation of socio-professional issues that directly concern them. It is important to continue the discussion on this topic not only with the military but also involving Portuguese citizens on the reality of unionism among the military and to achieve this objective. The difficulty of being recognized as social partners and, as such, of integrating the processes of wage negotiation and working conditions, can thus be overcome with the recognition and realization of the right to military unionism. ”

Allow me at this point to quote on his term Prime Minister Costa on the occasion of the ETUC Congress in May 2019 in Vienna: “We need a new social contract to renew the trust in security of our citizens’ and their hope and confidence in the European Union. The new citizens of the 21st Century deserve a Europe that continues to ensure peace, freedom, democracy and shared prosperity in the same way they have been ensured to our generations over the last decades. The achievement of these goals requires strong social dialogue. Social dialogue is crucial to promote competitiveness and fairness at national, European and international level.”

The key elements in both quotes are clear: participation, social dialogue, peace, freedom and democracy. All elements are available but need to be put in place! I would say: time for action Prime Minister Costa, make 2021 an annus mirabilis!