You are here:Home » Members news » Spanish Military Associations Denounce the Lieutenant General Who Compares Them to Jihadism 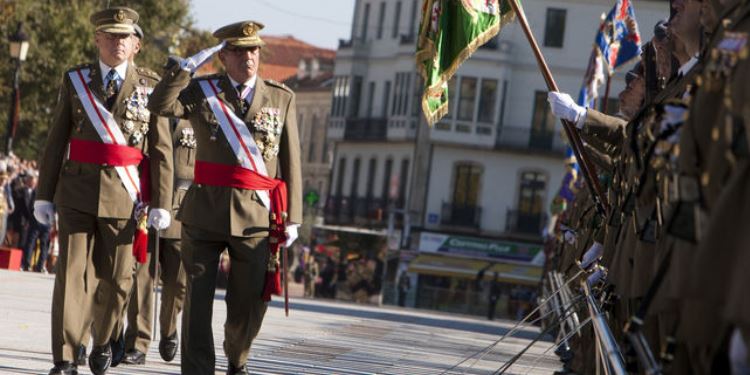 On 8 December 2016, the Spanish journal eldiario.es, revealed information concerning the content of a security meeting among the Chief of the ground forces, Lt. Gen. Juan Gómez de Salazar, and other generals, wherein Gómez de Salazar would have compared the possible infiltration of jihadists into the armed forces to having representatives of military associations in the units. The military associations have immediately reacted to these intolerable statements, considering taking legal actions against the army leader.

Moreover, in the meeting that took place on 20 October 2016, Gómez de Salazar would have given instructions to the Generals to detect members of military associations and force them to leave their units. This is totally unacceptable in a country where the right to freedom of association is enshrined in the Constitution as well as in the legislation regulating the armed forces for what concerns the particular situation of military personnel.

Finally, it is worrying that Gómez de Salazar, who took up his functions in March this year, is considered as a possible candidate for the position of Chief of the Defence Staff. The new Chief of Defence will be designated by the new Spanish Minister of Defence in the upcoming weeks.