You are here:Home » Euromil News » Shrinking Space for Civil Society and Human Rights Defenders: A Problem Within the EU 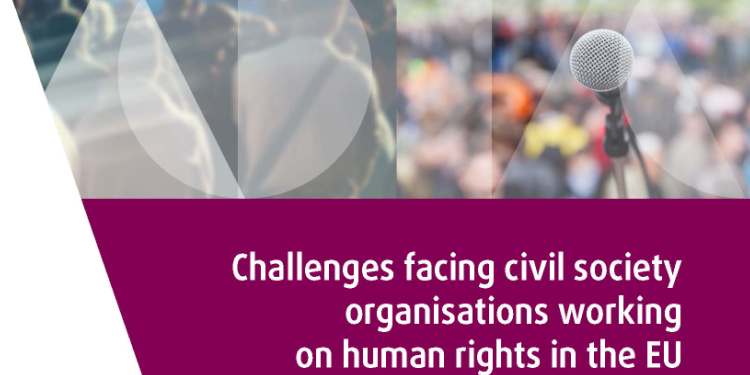 On 18 January 2018, the European Union Agency for Fundamental Rights (FRA) released a report on “Challenges facing civil society organisations working on human rights in the EU”.

The shrinking space for civil society and human rights defenders in Europe endangers democracy in the European Union. As emphasised at regional and international level, civil society is key for functioning democracies and necessary for the protection of human rights. But to function, civil society organisations also need their rights to be protected.

In recent years, the EU and its Member States have been vocal in expressing their concerns about the state of human rights, democracy and the rule of law outside of the European Union. However, the protection and promotion of these fundamental values have also been deteriorating inside the European Union.

According to the FRA, “Civil society organisations in the European Union play a crucial role in promoting fundamental rights, but it has become harder for them to do so – due to both legal and practical restrictions. This report looks at the different types and patterns of challenges faced by civil society organisations working on human rights in the EU. While challenges exist in all EU Member States, their exact nature and extent vary [this means regulatory or financial pressure, restrictions to the right to participation and crude attacks on people and property]. Data and research on this issue – including comparative research – are generally lacking. The report also highlights promising practices that can counteract these worrying patterns [i.e. lobbying and transparency law, guarantee the right to participate in political life, ensure access to funding and free movement of capital, respect civil society as partner and avoid stigmatization]. The report is available here.

The situation is worrying, and the FRA is committed to support civil society. Watch the video blog of FRA Director Michael O’Flaherty.

EUROMIL wishes to highlight that military personnel are not spared by this negative trend. In several European countries, their right to freedom of association and related rights are unduly restricted, which negatively affects their protection, moral and loyalty as well as progress towards democratic armed forces.

Article 2 of the Treaty of the EU foresees that “The Union is founded on the values of respect for human dignity, freedom, democracy, equality, the rule of law and respect for human rights, including the rights of persons belonging to minorities. These values are common to the Member States in a society in which pluralism, non-discrimination, tolerance, justice, solidarity and equality between women and men prevail”. Article 11 provides that “The institutions shall, by appropriate means, give citizens and representative associations the opportunity to make known and publicly exchange their views in all areas of Union action (…)”.

As a civil society organisation and human rights defender, EUROMIL supports the idea that the EU should do more and better to uphold human rights and democratic principles and maintain coherence between its internal and external human rights policy. Basic rights and more precisely the rights to freedom of association and to participate in political life should be guaranteed!