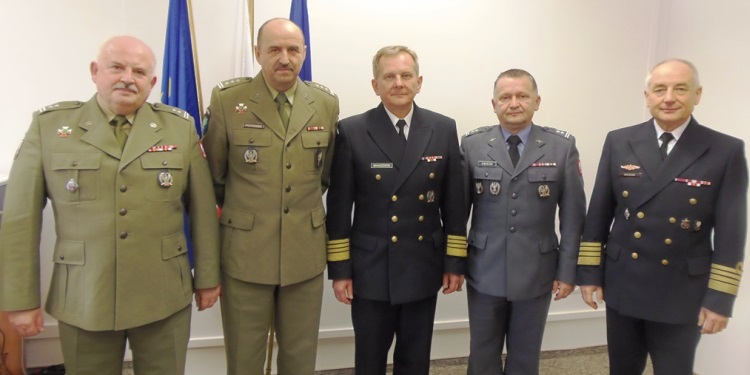 On 5 December 2016 the Polish professional soldiers elected representatives for the next term. During a secret ballot CAPT (N) Wiesław Banszewski was elected as the new chairman of KONWENT.

In accordance with the Ordinance of the Minister of National Defence of 28 June 2004 on representative bodies of professional soldiers, KONWENT holds elections every three years. During a democratic election campaign soldiers in all military units and institutions can elect a “Man of Trust” amongst themselves in a secret ballot. The elected will serve as voluntary representative before their superior. The “Men of Trust” elect senior officers who represent the interests of soldiers depending on their respective branch of the armed forces. The senior officers in turn elect the chairman of KONWENT amongst themselves. The chairman represents all Polish professional soldiers before the Minister of National Defence, the highest commanders, the state authorities and the public. The first representation of Polish soldiers was established on 12 April 1995 during democratic election and exists until now, as the “Council of senior officers of the Polish professional soldiers” or short: KONWENT.