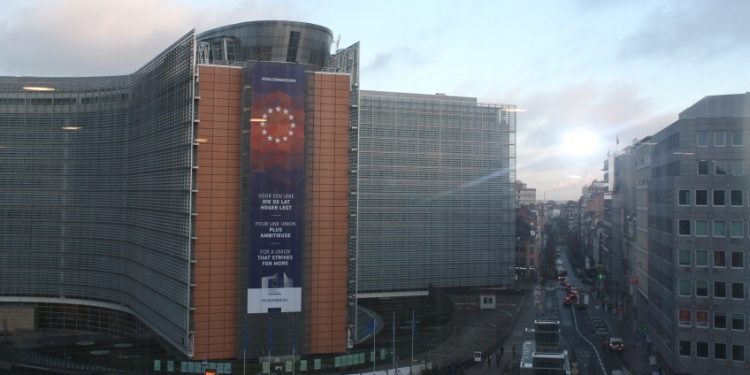 At the end of the year, it is a tradition to look back at the past as well as to look forward to the future and make some good intentions known towards the coming year. I do not intend to do so in detail, but I would just like to briefly focus on a few key topics.

2019 was expected to be the year in which the Permanent Structured Cooperation (PESCO), the Coordinated Annual Review on Defence (CARD) and the European Defence Fund (EDF) would be put together and form the new momentum for European defence. As mentioned on the European Defence Agency (EDA) homepage: “Determined to care more for its own security and make defence cooperation the norm, the EU raised its level of ambition – aiming at a more coherent European defence landscape with a more capable, deployable, interoperable and sustainable set of military capabilities and forces.”

Looking back at the past months, it is hard to say that nothing happened. European defence initiatives (PESCO, CARD, EDF) are high on the agenda and I want to express my satisfaction that new instruments are finally available and more cooperation is becoming the norm. Allow me, however, to reiterate the criticism made by  EUROMIL from the start of PESCO, namely that  there is a lack of attention for the human and social factor. Since the last package of 13 projects were approved in November 2019, there are now 47 PESCO projects in total. Even if I agree that a lot of these projects are interesting and beneficial for European armed forces as such, I also believe that no one can deny that the focus of the discussion is mainly on investments and defence industry.

This became once again very clear at the Berlin Security Conference (BSC) that was organised on 26-27 November 2019. EUROMIL was, as the year before, a logo partner at the 18th Congress on European Security and Defence and participated in its plenary sessions as well as its panels. One of these panels was entitled “PESCO – a major step of the EU Defence Strategy”. Despite the interesting input presented during the panel discussion, the remarks of EUROMIL on the lack of human and social dimension of PESCO were confirmed. The same can be observed on the political level. The main debate on PESCO is neither on the content of the projects nor on the fact that most of these latter are at this point mainly theory, but on the involvement of “third entities”. And once again, yes all this is important but for EUROMIL the current PESCO is a PESCO “MOP”, namely a PESCO Missed Opportunity for Personnel!

Another part(ner) beside the “available instruments” is the new European political leadership. After the May 2019 elections, the new European Parliament has been installed and has started its work in its committees. With a month delay, the European Commission has now been also installed. The President of the European Commission, Ursula von der Leyen, is not an unknow personality for EUROMIL due to her former mandate as the German Minister of Defence. It certainly is a coincidence that Ursula von der Leyen takes office at a time when European security and defence cooperation is moving into a crucial phase. EUROMIL was extremely pleased to read that in her agenda for Europe, she called for a genuine European Defence Union by five years. EUROMIL strongly supports any step that would be taken in this direction. However, in its letter to Ms. von der Leyen, it reiterated that security has a social dimension and that men and women serving in uniform deserve to have their voice heard and to be treated with respect. This means that discussions on CSDP, PESCO, EDF, CARD and all other initiatives should, as already mentioned, not forget the human beings who, in the end, will be required to operate on the ground. Talks should not only focus on budget, industry and equipment, but also on personnel, namely the men and women who finally work on the ground. EUROMIL had anyway to remind the EC’s President that while armed forces personnel from all over Europe are requested to work more and closer together, they still do not enjoy the same rights, working conditions and social protection and that so far, they have been left out of all recent defence projects at EU level.

Therefore, EUROMIL called on the President of the European Commission, to ensure that military personnel are enabled to make their voice heard and that they are included in discussions on the future of European defence. EUROMIL urges European leaders to show ambition not only when it comes to military projects, but also when it comes to protecting the human rights and fundamental freedoms of military personnel as well as harmonizing their working conditions and social protection.

Besides the President of the European Commission, EUROMIL will certainly monitor the work of several Commissioners on issues such as human rights and fundamental freedoms, social and labour rights, equality, gender, internal security and matters related to security and defence. One of the competences of the Commissioner for the Internal Market, Mr. Thierry Breton, is at this point new. The new DG for Defence Industry and Space (DG DEFIS) will fall under his portfolio. However, also in this case, we have to conclude that the attention of the new European Commission on the field of security and defence is mainly industry-related. The creation of a DG dealing with “defence matters” would have been the opportunity to cover a broader range of issues including more specifically the human factor.

But EUROMIL remains optimistic and state that what is not, can still come! We have to repeat our messages and systematically monitor discussions at the European Parliament and the European Commission. The evaluation of PESCO, CARD and EDF should make clear that there are also other important elements to deal with. As it has been said in an answer on our remarks at the panel on PESCO at the BSC: the full package counts and should be dealt with, also the men and women!