You are here:Home » Euromil News » EUROMIL Position Paper on Recruitment and Retention 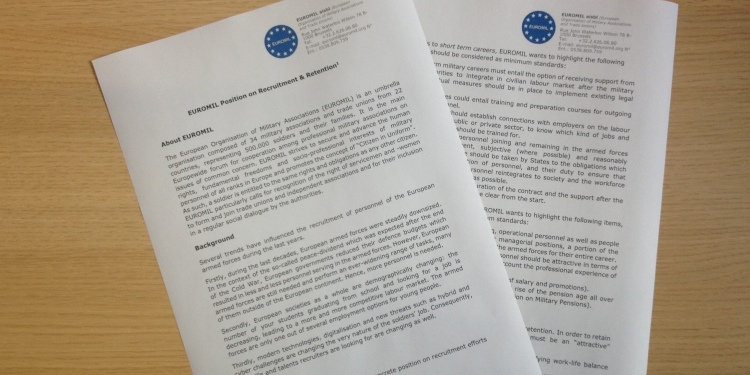 Several trends have influenced the recruitment of personnel of the European armed forces during the last years.

Firstly, during the last decades, European armed forces were steadily downsized. In the context of the so-called peace-dividend which was expected after the end of the Cold War, European governments reduced their defence budgets which resulted in less and less personnel serving in the armed forces. However, European armed forces are still needed and perform an ever-widening range of tasks, many of them outside of the European continent. Hence, more personnel is needed.

Secondly, European societies as a whole are demographically changing: the number of your students graduating from school and looking for a job is decreasing, leading to a more and more competitive labour market. The armed forces are only one out of several employment options for young people.

Thirdly, modern technologies, digitalisation and new threats such as hybrid and cyber challenges are changing the very nature of the soldiers’ job. Consequently, the skills and talents recruiters are looking for are changing as well.

Reintegration of Spanish Soldiers in the Labour Market