You are here:Home » Euromil News » EUROMIL Board in Strasbourg 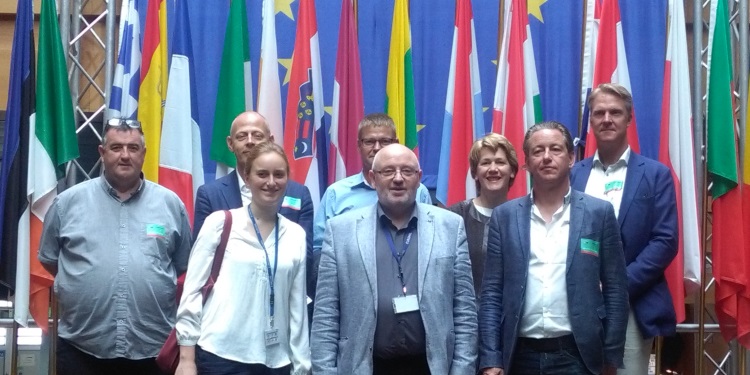 To round off the visit to the European Parliament, the Board members visited the Robert Schuman House in Scy-Chazelles (area of Metz). The house, preserved as it was when Robert Schuman died in 1963, has been transformed into a museum and is an impressive monument. “In these challenging times, it is of vital importance to take a step back and to reflect Europe’s founding principles and values. There is no better place for this than the quiet house and wonderful garden of Robert Schuman, the founding father of the European Union”, Emmanuel Jacob, President of EUROMIL said.