You are here:Home » Members news » DBwV-Congress: All eyes on Europe 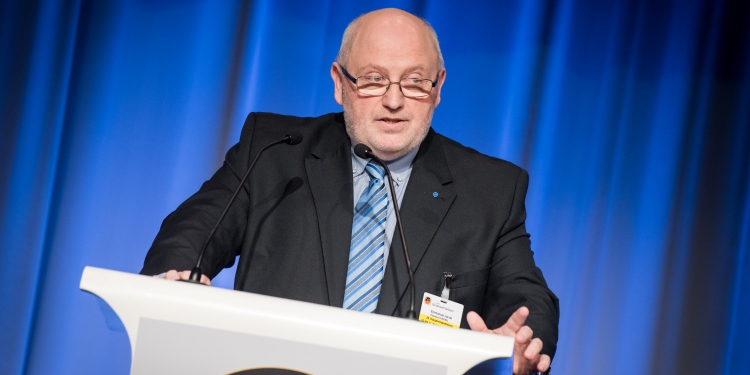 From a European point of view the timing of the Congress of the German Armed Forces Association (DBwV) could not have been better: Exactly on the same day as the delegates arrived in Berlin, Germany and 22 other EU member states decided on closer military cooperation. During an official ceremony in Brussels, the Foreign and Defence Ministers of the participating countries signed a document which will be the corner stone for a European Defence Union. The aim is to make the EU more independent from the US, and to enhance European cooperation with regards to armaments projects. Permanent Structured Cooperation (PESCO) is the name of the game – which was foreseen in the Lisbon Treaty but in its current shape initiated by Germany and France. Participating states need to be involved in the European Defence Agency and need to be able to deploy 5000 soldiers within 5 to 30 days for a period of one to three months (EU battlegroups concept).

This was of course a perfect fit, as the DBwV advocates for closer European defence integration since a long time. The 260 delegates with voting rights were therefore also supporting with vast majority the motion of the federal executive board, which calls for further promoting European integration. The motion stipulates amongst others: “The integrity and stability of the EU-member states are threatened by cyber-attacks, hybrid warfare and terrorism. Neither Germany nor any other member state can solve these crises alone. (…) the DBwV welcomes the European unification and integration. The European Union promotes and guarantees the freedom, peace and security of the European (…) citizens.” The motion furthermore emphasizes the importance of the membership of the DBwV in the European Organisation of Military Associations (EUROMIL), the Confederation of Independent Trade Unions (CESI) and the European Movement Germany (EBD).

In his guest speech, EUROMIL President Emmanuel Jacob explained the work of the umbrella organisation. He pointed out, that in many European countries soldiers are still denied the right to organise themselves. It is unacceptable that military personnel in some EU countries are forbidden to establish of professional associations and trade unions or that a social dialogue with the authorities is greatly restricted. “The DBwV is seen as a role model by many younger associations” said President Jacob.

Jacob furthermore emphasized the importance of strong national associations. “As biggest member association, the DBwV plays an important role in EUROMIL. As one of the founding members of EUROMIL, the DBwV has always been a respected and valued member.”

The long-lasting applause showed clearly that these ideals are already part of the nature of the DBwV.