You are here:Home » Euromil News » Armed Forces and Freedom of Religion or Belief 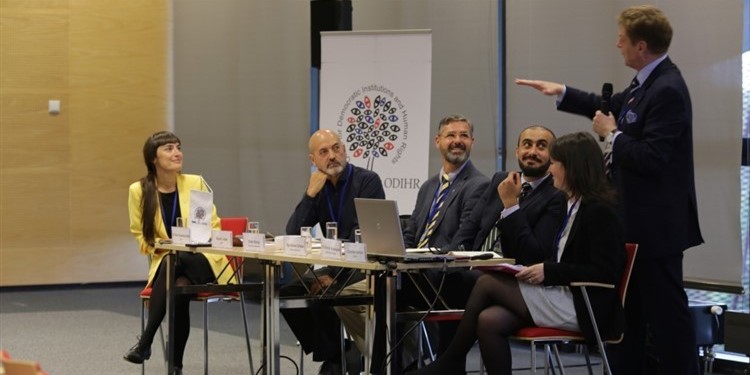 In the framework of the annual OSCE Human Dimension Implementation Meeting, Europe’s largest human rights conference, EUROMIL and the OSCE Office for Democratic Institutions and Human Rights (ODIHR) jointly organized a side-event on the topic of freedom of religion or belief in the armed forces on 14 September 2017.

During the event, some recommendations could be outlined. It was highlighted that service in the armed forces should be open to all, regardless of religion. Servicemen and –women are first human beings and “Citizens in Uniform”. Whenever possible, armed forces should accommodate their religious or non-religious practices and needs. Any restriction to their right to freedom of religion or belief should be justified and proportionate. Ministries of Defence should distribute guidance on how to accommodate this in practice and States should ensure that armed forces are free from discrimination and harassment on the grounds of religion.

Although a wide variety of practices exists as regards the accommodation of religious and spiritual needs as well as chaplaincy structures in the armed forces, it was noted that more countries have military chaplains representing different religions as well as humanists to answer the needs of the servicemen and –women it is composed of. Chaplains may also help the whole society by drawing attention to certain issues such as PTSD or moral injuries and, as partner of national authorities, frame policy recommendations. Nevertheless, more attention should also be paid to non-believers and humanist counseling and no religion or belief should be imposed on anyone.