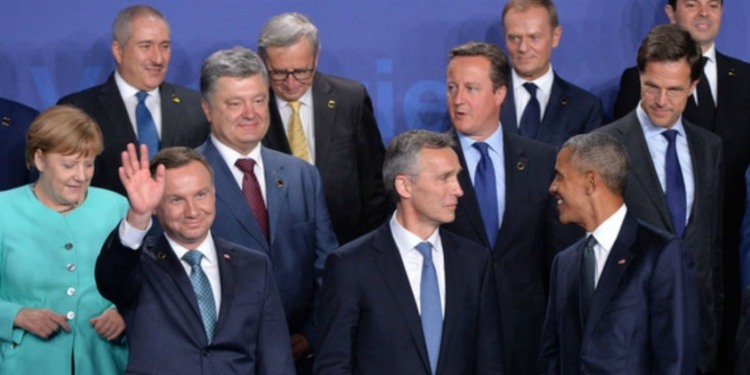 At the end of each year one should take the time to reflect on the past twelve months but also to look ahead at what is on the agenda for the next year.

Let’s look at 2016 in a nutshell! The civil war in Syria turned into a proxy war of regional and world powers and caused a massive number of people to leave their homes and become refugees. The conflict in the Ukraine which resulted in a dispute between Russia and the Western world continued and is as unpredictable as ever. Terrorist attacks all over Europe challenged internal security in several countries. Nationalist, extremist and populist parties are growing in most European countries leading to political instability which in turn has negative effect on the European project. Referenda leading to Brexit and a “no” vote in Italy destabilise not only national politics but also the European Union as such. Last but not least it is impossible to predict how the newly elected US President will influence global and European politics.

However, let’s stay optimistic and think of one of the classic quotes of the famous Dutch football player Johan Cruyff: “Every disadvantage has its advantage”. The accumulation of shocking and unexpected events this year created momentum for various projects. In moments like this we, EUROMIL and its member associations, need to use all opportunities to promote and defend our soldiers. I strongly believe that we are facing several “windows of opportunities”.

Our security and defence structure is changing. Several national ministers and heads of states and government called on a deeper and more efficient collaboration of national armed forces. Co-operating on investments, training and logistics, as well as pooling and where appropriate, specialising defence means and capabilities are only a few of the many possibilities. Frameworks for such cooperation might be bi- or multilateral, within the EU or NATO.

At EU level, work is being done in the Parliament as well as in the Commission and the Council. In November 2016, the European Parliament adopted an own initiative report on the “European Defence Union”. The report emphasizes the need for more and deeper cooperation by implementing the Permanent Structured Cooperation (PESCO) which is already foreseen in the Lisbon Treaty and it is by no means advocating a European Army.

Last but not least, the European Council on 15 December emphasized that “Europeans must take greater responsibility for their own security”. It welcomed the European Defence Action Plan and encouraged the Commission to prepare proposals with regards to the development of civilian and military capabilities.

The EU is also stepping up its efforts to work more closely with NATO, as already agreed on in the EU-NATO Joint Declaration at the NATO summit in Warsaw this summer. Around 40 concrete steps to follow up on the Joint Declaration were adopted by the European Council and the NATO Foreign Ministers on 6 December 2016. They give new impetus and substance to EU-NATO cooperation in the areas of countering hybrid threats, operational cooperation at sea, cyber security and defence, defence capabilities, industry and research, exercises, supporting partners’ capacity building and their resilience.

EUROMIL welcomes these steps for closer collaboration and cooperation on all institutional levels, as cooperation is something that EUROMIL and its members are organising since 1972. This is also the reason why EUROMIL took the initiative and successfully prepared amendments which were included in the Parliament’s resolution on the European Defence Union. For EUROMIL it is an absolute must to bring the social conditions of soldiers into play. It will remain a challenge for the next years to make the voice of European soldiers and their concerns for social rights heard not only in Brussels but in all European capitals. A challenge EUROMIL and its members are prepared to take up!